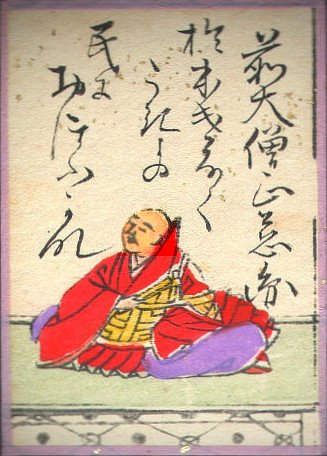 The poetry of monks, nuns, and masters occupies an important place in the Zen tradition. In this series we will explore how Zen poets approach difficult events and painful emotions. How might their perspectives reframe our own experience of difficulty and loss? How can we use their poems to inform our practice during turbulent times?

Five teachers will approach these questions, each from a different perspective. A reading packet will be distributed to class participants. The class will use lecture, small group discussion, and optional writing.

Week 1: Koshin Chris Cain – Poetry and practice, from Hanshan to Leonard Cohen
In this first class we’ll take a broad introductory look at a few Zen poets. We’ll look at the way different poets practice Zen and how they approach difficulties that are common to us all in their verse. What might they teach us about our own approach to difficulty, and to practicing during hard times? We’ll look at poems by Hanshan, Basho, Ryokan, Issa, Jane Hirshfield, and Leonard Cohen.

Week 2: Genko Kathy Blackman — The Union of Bliss and Heartbreak

The Zen monk and poet Ikkyu lived at a time of great upheaval in medieval Japan. His poems reflect that upheaval and his singular approach to life in trying times. We’ll explore his life and poetry to see what might apply today.

Originally from Pennsylvania, Genko Kathy Blackman trained in the Rinzai Zen tradition under Genki Takabayashi Roshi at Chobo-Ji in Seattle since 1983. She was ordained in 1997 and authorized to teach in 2007. As part of her Zen training she has studied and practiced Japanese tea ceremony since 2000. She also has practiced for a number of years with Sharon Salzberg in the Insight Meditation tradition and at Nalandabodhi in Seattle with Dzogchen Ponlop Rinpoche, a Kagyu and Nyingma Tibetan lineage holder.

Week 3: Beata Grant — The Poems of the Daughters of Emptiness

In this class, we will look at a selection of poems composed by Buddhist nuns of mid-seventeenth-century China, a time of violent political turmoil and widespread suffering as one dynasty collapsed, and another took its place.

As we shall see, although their lives were often directly impacted by these traumatic events, their poems tend to emphasize the ubiquity of suffering in general, and the ways in which quiet meditation, appreciation of the natural world, and dharma friendships can bring both solace and ultimately, liberation.

Beata Grant, Professor Emerita of Chinese Language and Literature at Washington University in St. Louis, is now living in Santa Fe, NM where she continues to translate Chinese poetry, especially by Buddhist nuns and laywomen. She’s the author of several books about the poetry and lives of women Zen practitioners in China including “Eminent Nuns”, “Daughters of Emptiness”, and “Zen Echoes.”

In Japan there’s a saying: “Throw a Korean down and he’ll rise up with five edible plants in his hand.” In that spirit, Zen and poetry have the potential to radically transform dukkha (suffering) into sukha  happiness) through a generative path of practice.

Poet and Buddhist teacher Mushim Ikeda joins us for a fun interactive poetry exercise, reflections on transformative Zen poems, and Q & A about creative process.

Mushim Ikeda (Patricia Y. Ikeda) has practiced Zen in Korean and Japanese lineages. She holds an MFA degree in poetry writing from the Iowa Graduate Writers Workshop, and has taught creative writing to adults as well as to children in the Oakland public schools. She is one of 15 major Asian Pacific American
women poets featured in the award-winning documentary, Between the Lines: Asian American Women’s Poetry. Mushim is a core teacher at the East Bay Meditation Center in Oakland, California. www.mushimikeda.com

“There’s probably Some sensible human way of living in America / Without being rich or drunk or taking dope all the time.”

In Philip Zenshin Whalen’s Scenes of Life at the Capital (1971), we find this musing that seems as true in the chaos of our world of pandemic, climate crisis, political turmoil, and economic instability as it did when he wrote it during the Vietnam War.

We will explore this through a close reading of two poems by the West Coast of Turtle Island’s two pioneering Zen poets, Philip Whalen and Gary Snyder, close friends since their time together at Reed College.

We will first read Whalen’s poem, “Mahayana,” followed by a beautiful poem, “For Philip Whalen,” written by Snyder after his friend’s death in 2002.

Dr. Jason M. Wirth is professor of philosophy at Seattle University, and works and teaches in the areas of Continental Philosophy, Buddhist Philosophy, Aesthetics, Environmental Philosophy, and Africana Philosophy. His recent books include Nietzsche and Other Buddhas: Philosophy after Comparative Philosophy(Indiana 2019), Mountains, Rivers, and the Great Earth: Reading Gary Snyder and Dōgen in an Age of Ecological Crisis (SUNY 2017), a monograph on Milan Kundera (Commiserating with Devastated Things, Fordham 2015), Schelling’s Practice of the Wild (SUNY 2015), and the co-edited volume (with Bret Davis and Brian Schroeder), Japanese and Continental Philosophy: Conversations with the Kyoto School (Indiana 2011). He is a priest in the Soto Zen tradition.

Class every Saturday from October 24 to November 21, 10am to noon PST on Zoom. $75 (members $65). Limited to 25 participants. Registrants will be send a unique Zoom link and password. Register below. Questions? Email dharmastudy@pszc.org.