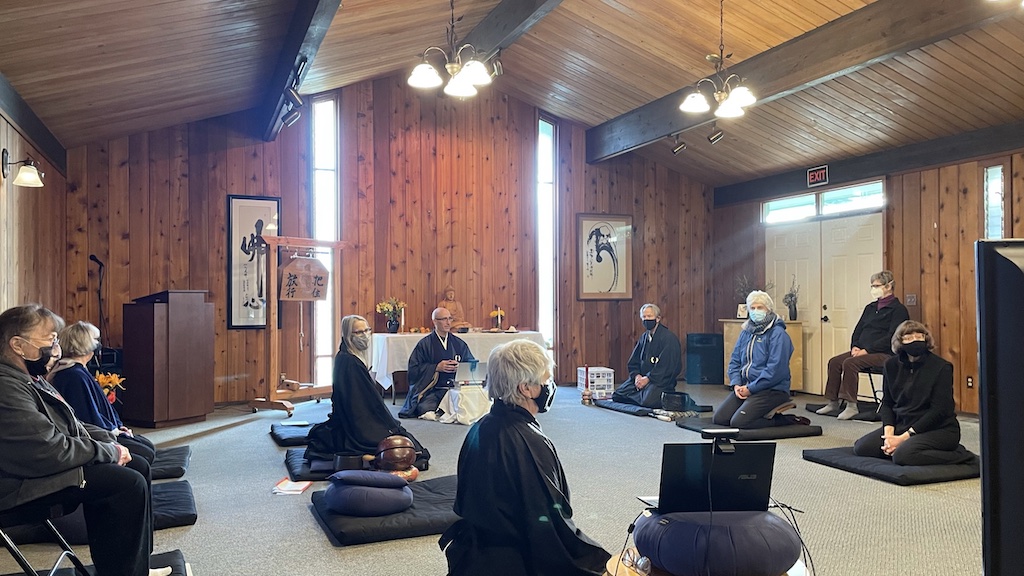 In this series we will cover the basics of early Buddhism and review the history and teachings of the Zen school. We will answer questions such as “What were the Buddha’s core teachings?” “How does Zen differ from the Buddhism before it?”
You will come away from this class with an understanding of the framework of Buddhism and it’s foundational teachings. You will also have a feeling for the history and practice of Zen Buddhism.
This class will be good for anyone who is interested in Buddhism and Zen – no previous familiarity is needed. It will also be helpful for experienced practitioners who would like a review.
There will be 1-2 hours of reading required before each class, plus class participation.
Concepts covered include: Reincarnation, karma, no-self, dependent origination, the Four Noble Truths, the 8-Fold Path, nirvana, Mahayana, emptiness, koans, zazen, the Zen arts.

Calendar powered by The Events Calendar