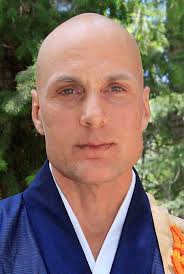 Seigaku Kigen Ekeson, Osho, is the Abbot of the  Bodhidharma Zendo in Vienna. He began koan practice 1987. He studied with Joshu Sasaki Roshi at Rinzai-ji, and took up residence at Mt. Baldy in 1990, where he practiced with Koshin for many years, and was made an Osho by Sasaki Roshi.  He became Abbot of the Hollywood Zen Center, and then in 2010 moved to become the abbot of the Bodhidharma Zendo.  He is the author of a book entitled “The ZenInterpretation: A General Hypothesis Concerning Quantum States, Individuation, and the Measurement Problem”.