Zen in the Arts 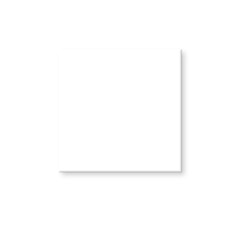 Zen in the Arts

Most days feel like a full out sprint just to keep up with the very basics of living and, if I’m honest, carving out some space—any space— to pause and sit on my home cushion for 20 or 30 minutes seems more like a luxury that I can’t afford, than the very tenet of my practice. And with the best intentions when my rear end hits the cushion and I finally get settled, my mind literally explodes with thoughts and tasks to do…and if that’s not bad enough, inevitably a playlist of musical earworms starts up in an endless repeating loop in my head. These are random snippets of tunes that show up completely on their own such as All About That Bass by Meghan Trainor, or Happy by Pharrell Williams. One such tune that gets an inordinate amount of air play during these meditations is the theme song from National Geographic. Go figure.

Yet, In Zen meditation (zazen) we endeavor to let go of everything, to calm our mind and just sit allowing thoughts to simply come and go without our thinking mind chasing after them. As thoughts arise we let go of them like passing clouds reflected in the mirror surface of a still mountain lake. Just as the lake doesn’t hold on to what it reflects overhead, our practice is to gently bring our awareness back to the present moment, to our breath, to the ambient sounds in the room, the sensation of the cushion underneath us, to our direct experience of the present moment just as it is without thought— the purest state of who we are underneath our noisy thinking mind, yet at the same time profoundly connected to everything that is.

In 1951, the abstract expressionist Robert Rauschenberg painted, using a roller, a series of stretched canvases a plain, solid white, using ordinary white house paint. Known collectively as the White Paintings, these seemingly “blank” canvases in fact change and reflect the varying light conditions in the rooms in which they were hung, acting as screens sensitive to the ambient effects of the room, to the flickering play of light, and shadow—to the influence of people within the gallery, the changing weather outside and so on. Ultimately, the power of the White Paintings lies in what they ask of the viewer; requiring us to pause, to breathe, pay attention and inspect their mute, painted surfaces for the subtle almost imperceptible shifts in color, light, and texture.

When the White Paintings were shown at the Stable Gallery in New York in 1953, Rauschenberg’s friend, the American composer John Cage wrote a statement to accompany them which will sound very familiar to those of us who regularly chant the Heart Sutra—The statement read, in part: “To whom: no subject, no image, no taste, no object, no beauty, no message, no talent, no technique, no why, no idea, no intention, no art, no object, no feeling, no black, no white, no and.”

Later, Cage referred to the White Paintings as: “airports for lights, shadows, and particles” firmly establishing our understanding of the conceptual nature of the White Paintings as interactive and receptive surfaces which respond to the world around them including by the viewers themselves. This inspired Cage to use a similar idea—in music—a composition of uninterrupted silence, originally entitled Silent Prayer, in three movements, lasting 4 minutes and 33 seconds—An awkward eternity to an expectant audience in a Symphony hall. Cage wrote: The white paintings came first; my silent piece came later. Written around 1947 or 48, 4′33″ as it was eventually known became his most famous and controversial work and exemplified Cage’s belief that any sounds may constitute music. It was also a reflection of the influence Zen Buddhism had on him, which Cage had studied since the late 1940s.

I spent much of my career as a designer facing the proverbial blank canvas with equal parts of terror and excitement. I like to think that I can meditate as a blank canvas and let go of the impulse—honed over 3 ½ decades as a commercial graphic designer —to fill the empty space with thoughts, colors and ideas and simply be. I tend to see and understand the world in visuals, and the image of a blank canvas is an apt metaphor for how to sit zazen and on Sunday mornings when the weather is nice and the door to the Zendo is open and I hear the sound of the chickens clucking next door and the occasional car passing out front I wonder if this too is Art?

Stephen Black has been a Sangha member for 10 years, took the Precepts in 2017 and is learning to paint his life’s canvas with silence.

In Awe of Compassion

Opening to Suffering: The Key to True Compassion