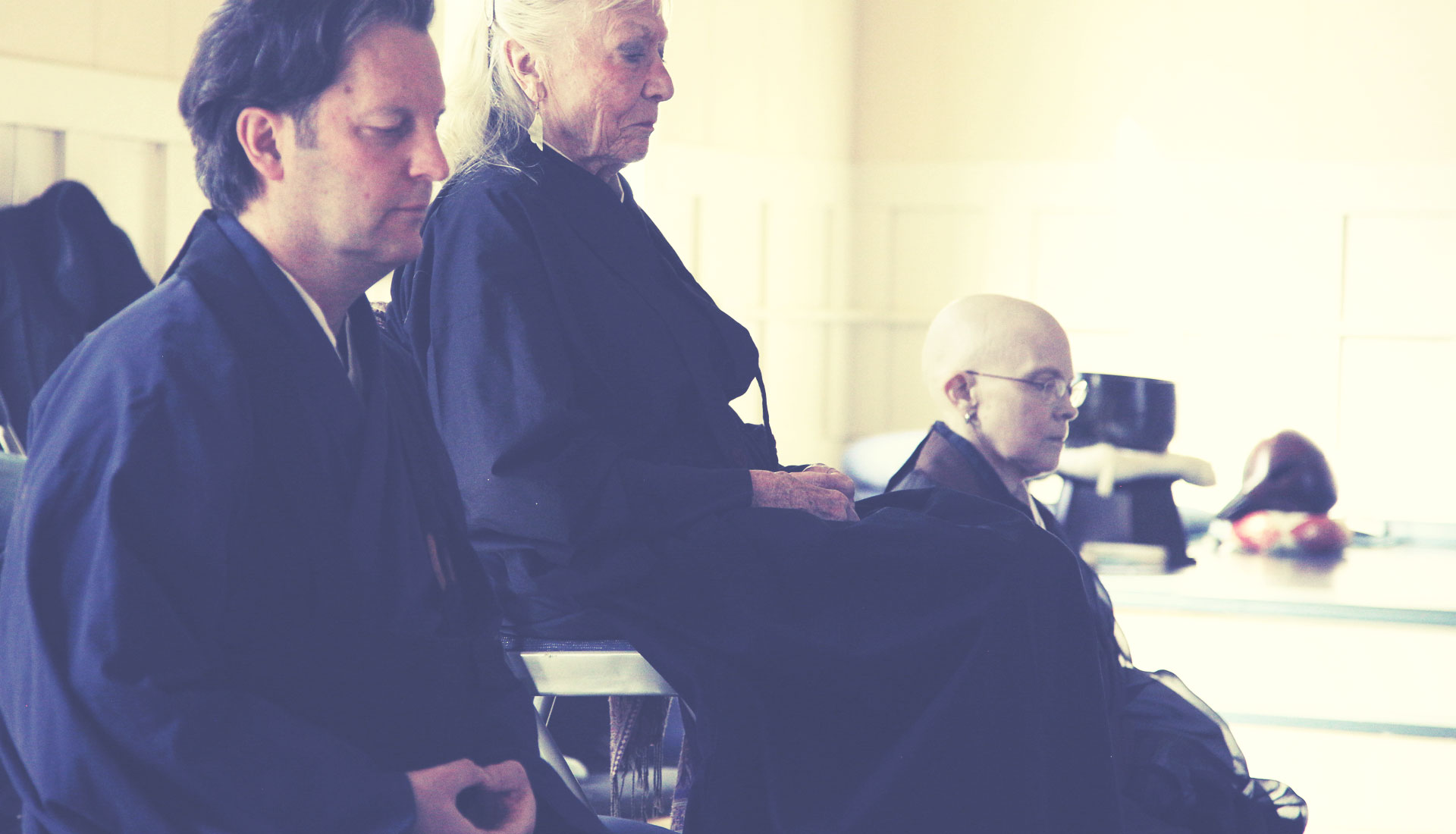 I’m happy to report that after a year-long class, four members of our sangha will be taking the Buddhist precepts during our 10am service on Sunday, April 2.

Traditionally, when a monk or nun enters the Buddhist order, they vow to uphold the many precepts; that is, to behave properly. This has traditionally been done to preserve and protect the sangha, to keep order so that all can practice.

But precepts are also a way of changing the heart: the precepts orient a practitioner’s heart toward noticing the effects they have on others.

Zen practice is not only about learning the Dharma, about helping us make sense of our lives. It is also about helping us get wise to karma – to the way our actions affect other people. No matter how many years we’ve practiced, no matter how deeply we understand the Dharma, we can still misunderstand the way our actions affect people. We can still act in ways that cause suffering. We can fool ourselves into thinking that what’s convenient for us is good for others. Even Zen masters can fool themselves in this way.

The five precepts we take at PSZC say: pay close attention to the effects of your actions, now and for the rest of your life:

Aware of the suffering caused by killing, I vow to respect the dignity of other living beings and to do my best not to harm others.

Aware of the suffering caused by stealing, I vow to be trustworthy and generous.

Aware of the suffering caused by sexual misconduct, I vow to honor my romantic commitments and to cultivate lasting, loving relationships.

Aware of the suffering caused by lying, I vow to be truthful and considerate in my speech.

Aware of the suffering caused by the abuse of intoxicants, I vow to keep a clear mind and to study the roots of my cravings.

After taking the classical precepts on April 2, our preceptors will also take the Mahayana precepts, as I took at Mt. Baldy Zen Center. They are a call to practice the interplay between self and no-self.

Congratulations to our four preceptors – Stephen Black, Elizabeth Fitterer, Sissel Johannessen, and Jim Hunziker. I look forward to practicing together with them for a long time to come.

Investing in a Zen Children’s Program