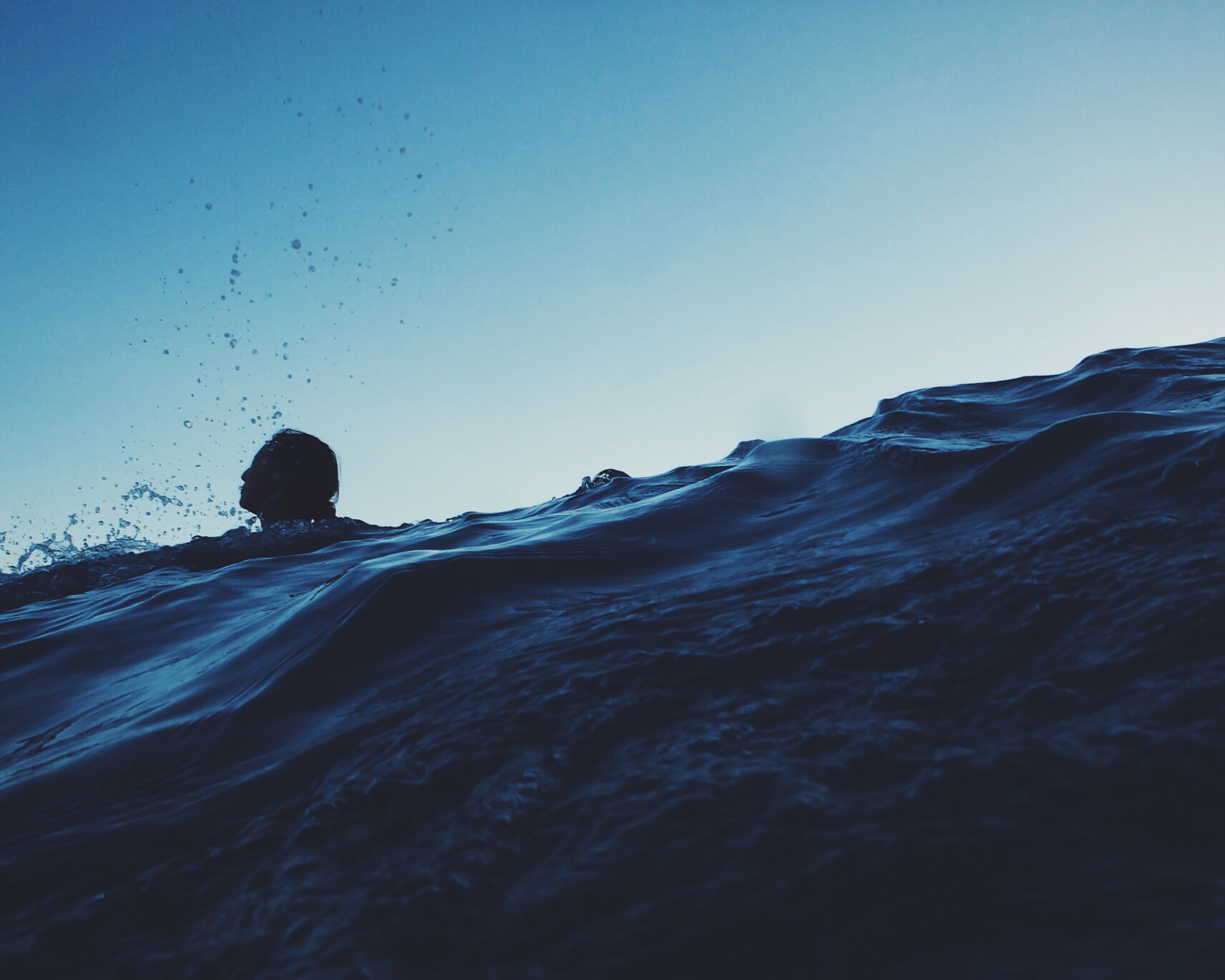 In the last weeks of my Dad’s life, I would come home on the passenger ferry from a day of being with my Mom and my Dad in downtown Seattle.

The people who played cribbage or who sat next to me, who ordinarily did not annoy me, were too damn loud. Things were bright, noisy, and jagged. I loved stepping off the boat and onto Vashon, my island of quiet. The place where my father’s death was not occurring.

During the ride, I would sometimes listen to music. One of my favorite songs was “Rock me on the water” by Jackson Browne. The lead-in to the chorus goes “When my life is over, I’m gonna stand before the Father; but the sisters of the sun are gonna rock me on the water now.”

My daughter was gone on a trip to sunny Costa Rica during this time, the farthest she’d been away from her island home. When she’d left for the airport I’d held her a good long while-much longer than required. But then, eventually, we let each other go.

When I came home on these evenings when my daughter was gone, and my Dad was in the hospital, I liked to sit by an open door and let the breeze in, and re-read a favorite book of mine by Kathleen Tyau called “A little too much is enough”.

As a sidebar, here’s a tiny poem about getting older:

I used to skim through books.
Now I’m reading every word.

Books-old books I’d had around for a long while-my old standards even-during this time, they tended to take on new meanings. They seemed like brand new books.

Tyau’s book, for instance, it turns out, is about a lot of sisters of the sun doing a lot of rocking on the water; an extended family of Hawaiian women raising up their babies as best they can, among a patchwork of customs and traditions.

And it’s also about a mother letting go of a daughter, which I seriously did not get, until this reading of it. The book is crafted so that the first chapter is about Mahealani, a precious baby being rocked to sleep in the moonlight.

And the last chapter is about Mahealani’s mom standing in her room the night before she goes off to college on the mainland. She knows that it is time to let the moon baby go; this wandering sort who would not have been content to stay at home on her island.

One day during this time when I was trying my best to take care of my Mom and my Dad and the people on the PO boat were too damn loud, and my daughter was far away, and I was rushing to get back to my quiet island refuge, my phone rang. It was my travel-loving daughter calling me from Costa Rica. Cell signal was sparse where she was, and so I didn’t know how long the call would last.

I went and crouched in the boat’s center stairs, hearing my daughter’s clear voice from many miles away amidst the womb-like white noise of the engines. I rocked and swayed with the waves while my daughter described for me what it was like to be in a place I’d never been, and might not ever get to. It felt like the whole point of what having children was-to receive such a report in such a place, and such a time. It felt like nothing short of a miracle.

The Hawaiian book about women coming together also had another resonance for me. My Mom and I got to function as a unit during the last two weeks of my Dad’s life, in a way that we really hadn’t before. And that was a very precious time. There was a time that I stood and cried in my Dad’s hospital room, and my mom held me and rocked me like a baby.

So the story of my Dad’s death for me is a story about, among other things, people holding onto each other and letting each other go. About babies growing up, and grown ups needing to be babies sometimes. About parents soothing children, and about children soothing parents. About the water of the world rocking me through all of it. It was, of course, about many other things. It was about a whole lot of things all at once.

It was all a little too much. But it was also just the right amount of too much. It was enough.

–Elizabeth Fitterer took the precepts at Puget Sound Zen Center in 2017. She has a couple of kids, a backlog of Sanskrit homework, and she bets she has more phobias and food allergies than you do.