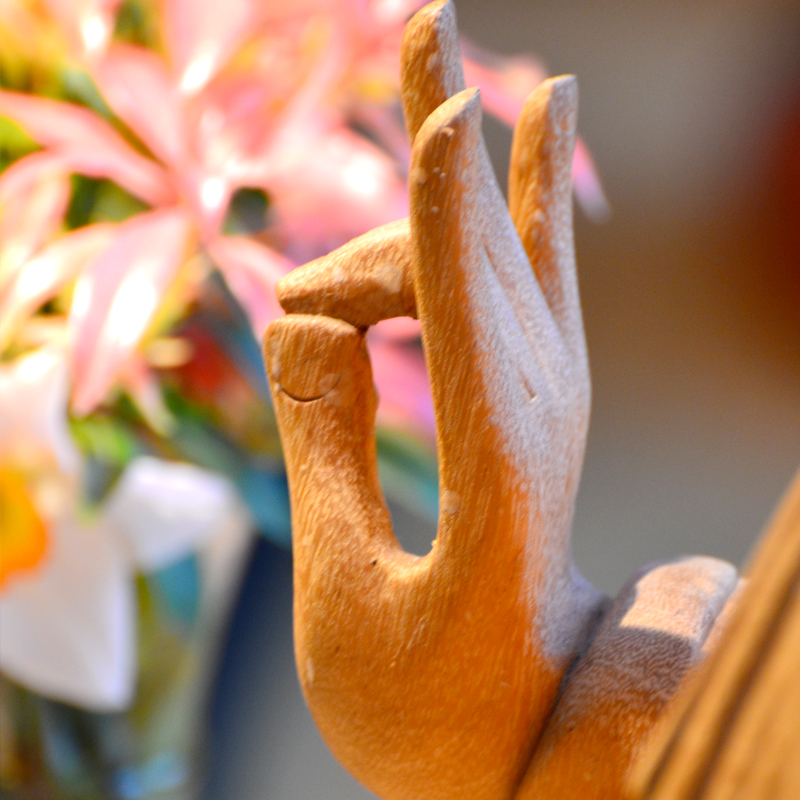 Many years ago, when the world was new, when all the animals and birds were MUCH
bigger than they are now, and all had wings, celestial beings, high in the heavens, watched
over all below, and their queen was called The Lochanaht.

Now it happened that both Tiger and Elephant loved the fruit of a particular tree that grew
on the banks of the Ayerwaddy River, near Mandalay. The fruit ripened, and Tiger and
Elephant flew down to Earth to devour it. But Tiger was fiercely growling, angry that Elephant
was eating so much, and Elephant trumpeted loudly at Tiger for his greediness. They began
to fight furiously.

And the whole Earth began to shake. The oceans rose up and flooded the land. Mountains
erupted. In heaven, the Lochanaht looked down and saw the havoc they were wreaking, and
saw that something must be done before these two destroyed the Earth!
So she began to fly down, and as she flew, she played the bells on her wrists and ankles
and sang sweet songs of balance and harmony to the universe.
Tiger and Elephant were stomping around and gnashing their teeth as she came down
beside them.

“You will stop this immediately! And as punishment for disturbing the tranquility of the
world, from now on you will be much smaller, and you will no longer have wings.”
The greatly diminished tiger and elephant were ashamed, and simply melted away into the
jungle. And Balance and Harmony were restored to the world. Equanimity.

So that’s the mythic story told to children in Burma, as told to me by the Master Carver
who made my sculpture. He didn’t want me to buy her as he said, “Oh, you’ll just take it home
and put in the attic as a souvenir!”

“No,” I replied, “she’ll be where I see her every day as she reminds me to keep harmony
and balance in my life.” As, of course, she does.

In Burma, the altars for the Buddha frequently have a Lochanaht also, sometimes wood,
sometimes bronze, that sits a little lower and to the Buddha’s right. A different
Avalokitishvara.

To Lure and to Shock - Elizabeth Fitterer