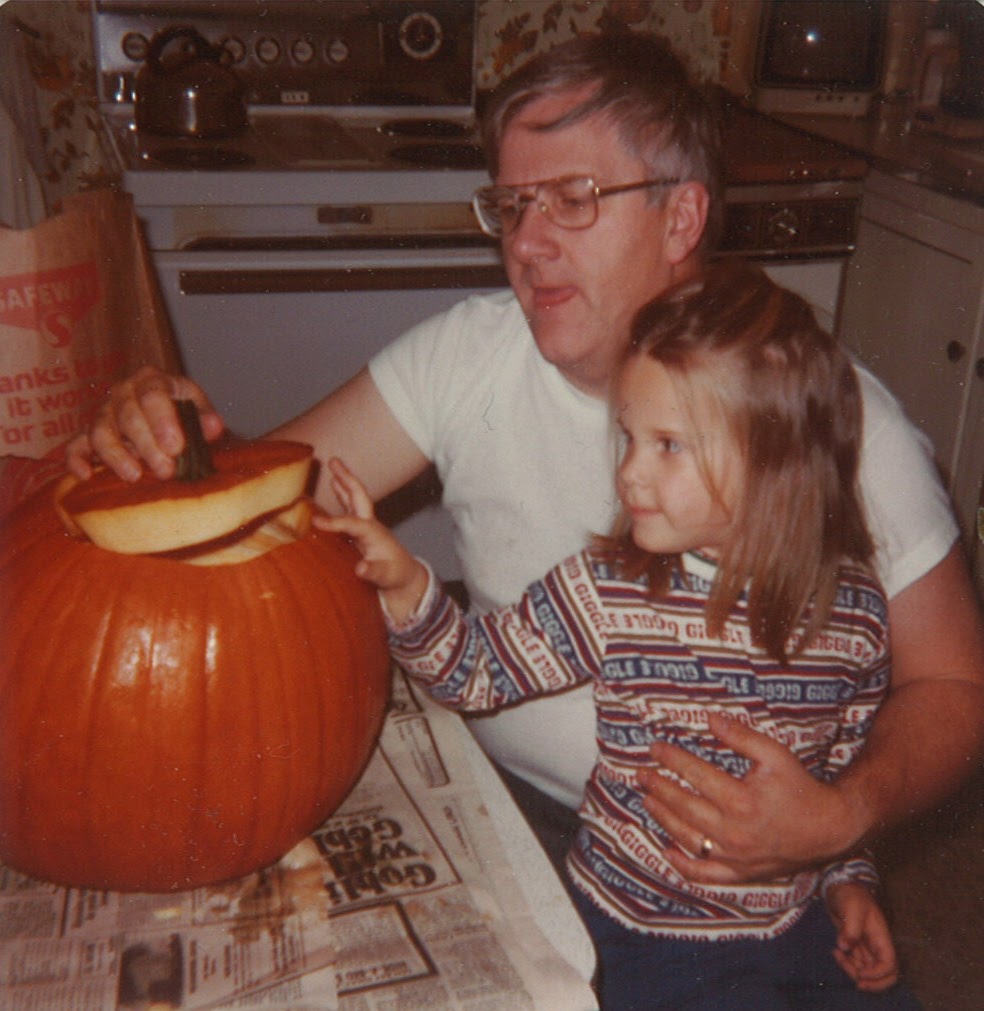 In the last two days of my Dad’s life, he was in a nursing home. He’d been brought there from the hospital, and we knew that this was the place where he would die.

The room he was brought into was absolutely not the room you would want your beloved father to die in. It was small, cramped, and hot. It was right by the entrance to the hallway, near a lot of traffic. There were a couple of tiny chairs we could wedge by his bed.

This small space was shared with a roommate who blared the TV all hours of the day, mostly watching gossip and talk shows. The roommate had the window side of the room, which made my mom sad. She had wanted my Dad, in these last few days of his life, at least, to have a view.

My Dad had Alzheimer’s and advanced heart and kidney failure. He was calm. He didn’t know exactly where he was, or what was happening. He knew that he was being taken care of, and that he was ok.

My mom and I were less ok. This was not how we had pictured the death of this man who we loved and honored so much.

But we took the measure of the situation and adjusted. Mom drew deep into her well of Christian faith and I drew down into my well of Buddhist practice. We found whatever bravery we could.

There were some things that gave us hope. The staff was compassionate. There was a therapy cat who roamed the hallways. There were beautiful green plants. There was a man playing “Que sera sera-whatever will be, will be” on the piano (an occurrence so surreal I had to phone it in immediately to my Zen priest).

The next day, a hospice worker came to visit. After much conversation and paperwork and logistics, I asked the hospice worker if she thought it would be ok to put some earplugs into my Dad’s ears, so he wouldn’t have to hear the roommate’s TV so much in the last days of his life.

The hospice worker looked at me like she was seeing me for the first time; like she was taking the measure of me, and of the whole situation, in a totally new way.

Within about 20 minutes she wheeled my father, bed and all, down the hallway, past the therapy cat and the piano player, past the beautiful green plants, and into a large, spacious, cool, private room. It had big windows looking out on a children’s play area, and a big lounge chair for my mom to be comfortable in.

This was the room where, less than 24 hours later, my Dad died.

When I think back on it a year later, I think–all of us, in that situation, were Boddhisattvas. My dear Dad, just rolling with whatever situation arose, trusting he was loved. My Mom and I trying to adjust, desperately trying to follow his lead.

We, the three of us, were the kind of Boddhisattvas you usually read about in books-the Kuan Yin kind, who finds the love and compassion in every situation and works from there.

But there are other kinds of Boddhisattvas too. There’s Manjusri Boddhisattva, the one who looks like he wants to cut your head off with a sword because what you just said was so stupid. That’s the kind of Bodhisattva the hospice worker was.

My family needed all the Bodhisattvas the world could send us on that day. We needed the hospice nurse with her flaming sword of justice, to help us not be resigned to a horrible fate. We needed the calm Kuan Yin Bodhisattva spirit to help my Dad die in that hot cramped closet with gossip shows playing, if that’s what we’d ended up needing to do.

We needed the Christian minister who came from my mom and dad’s church, in her motorcycle helmet and chaps, who stood and prayed with us. We needed my Zen priest, ready to listen to strange stories about vintage piano tunes.

We needed all and everything the universe had to offer in that moment. And we got it. And a year later I can still feel it. I still have it right with me–the multitude of Bodhisattvas that came to stand witness with us in that moment.

I hold tight to the memory of it and try not to get lost.

The Heart Sutra: Nothing is Certain, Everything is Free - Nomon Tim Burnett

Falling Off - Then Letting Go